My curiosity about the oddly-shaped island of Ometepe was what drew my attention to Nicaragua in the first place, so it was a fitting conclusion to our ten day tour of the country. The island was formed from the intersection of lava flows from two volcanoes, Concepción and Maderas. Concepción is still highly active, with the last eruption being in 2010. We just missed the 2:30 ferry out of San Jorge but it was no big deal since there was another one an hour and a half later. We drove into town and found a playground where Ian and Cleo had some fun with the local kids. 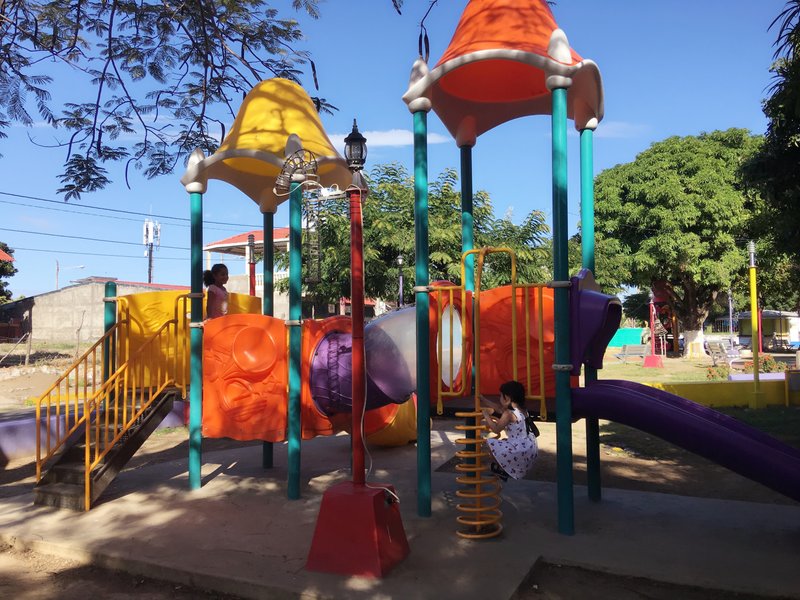 We could see Ometepe even before the ferry left San Jorge. The sight of the island's two volcanoes seemingly arising right out of the lake was almost surreal. 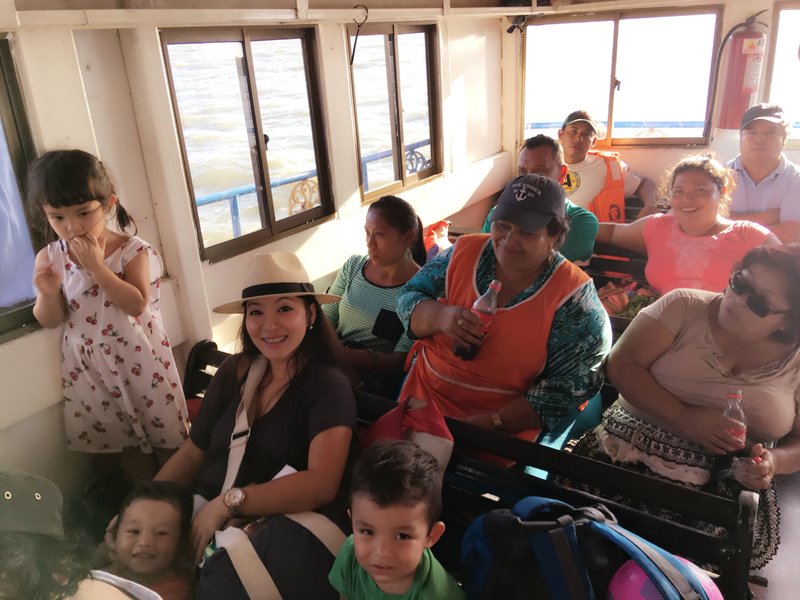 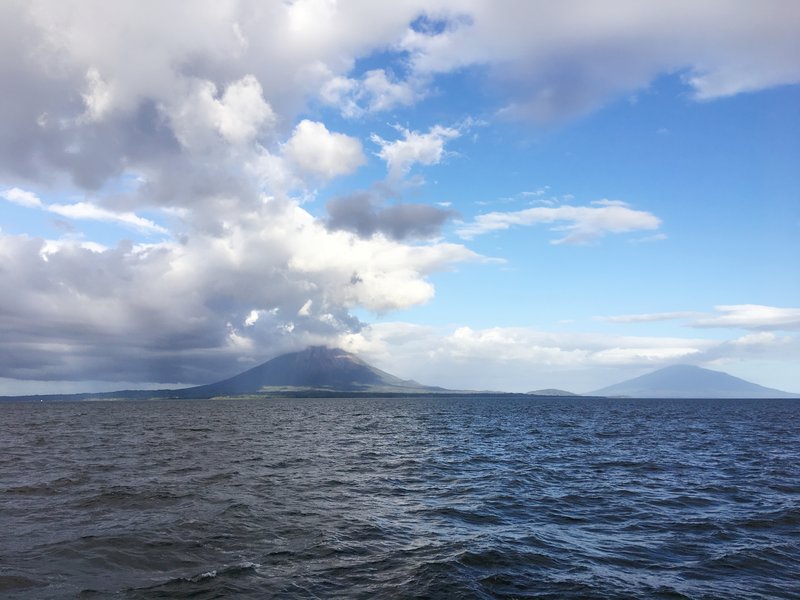 We met our new driver when the ferry landed in Moyogalpa, one of the two real towns on the island. We made one brief stop at a roadside stand to stock up on fruit, and also picked up two French Canadian kids who mistook our van for a route bus. When our driver tried to explain to them in Spanish that it was a private van, I told him there was plenty of room and we didn't mind. I'm not sure the Canadians ever realized what was going on, but they were glad for the ride. Our destination was Finca San Juan de la Isla, a lakefront lodge within a tropical fruit plantation near the isthmus between the two volcanoes. Once again, we were very happy with NA's choice. At the end of a dirt road through a spooky forest of plantain trees, the lodge was pretty and well-appointed with a decent restaurant. Best of all, there were piles of toys for the kids to play with. 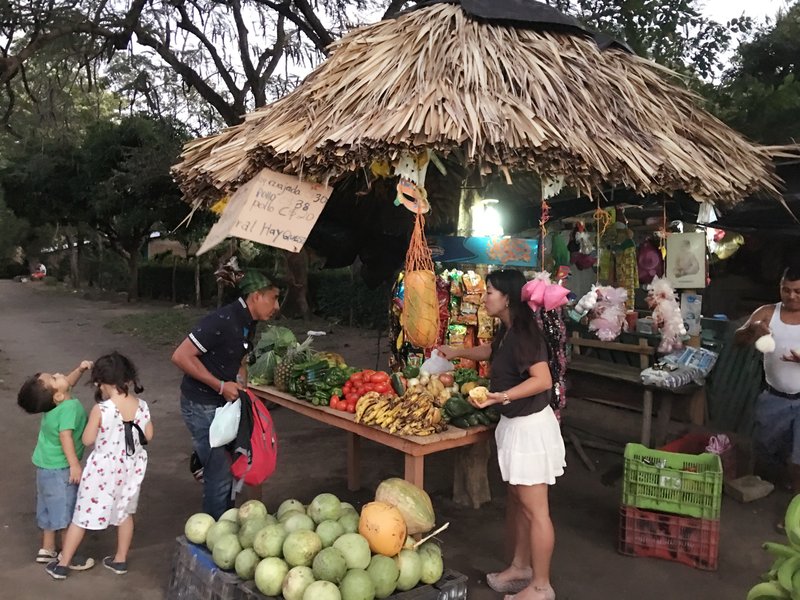 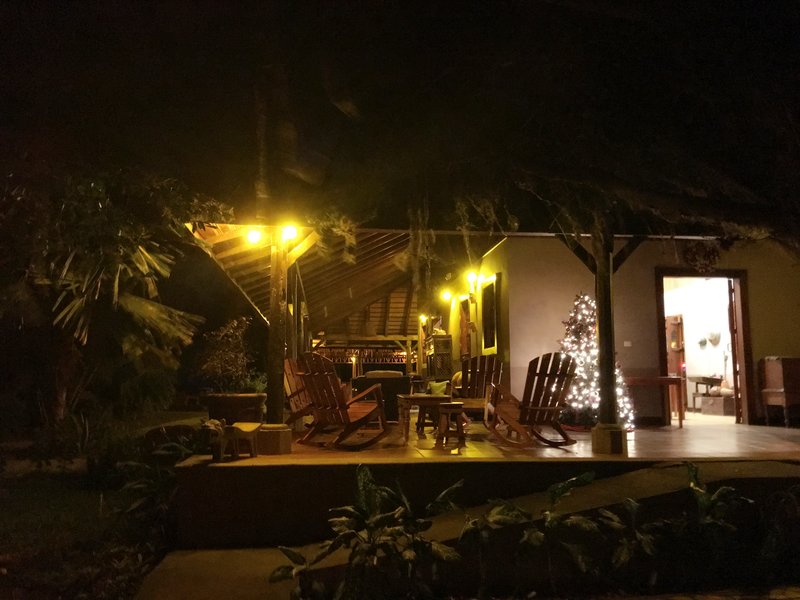 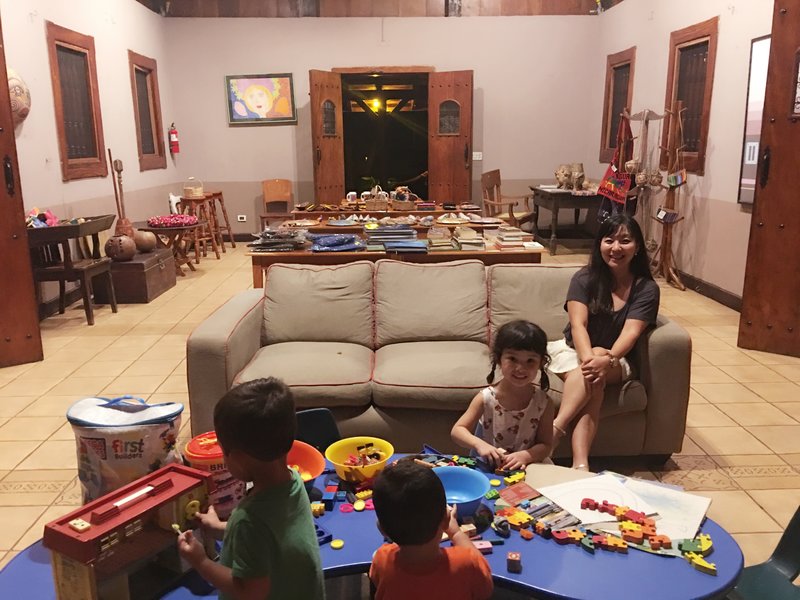 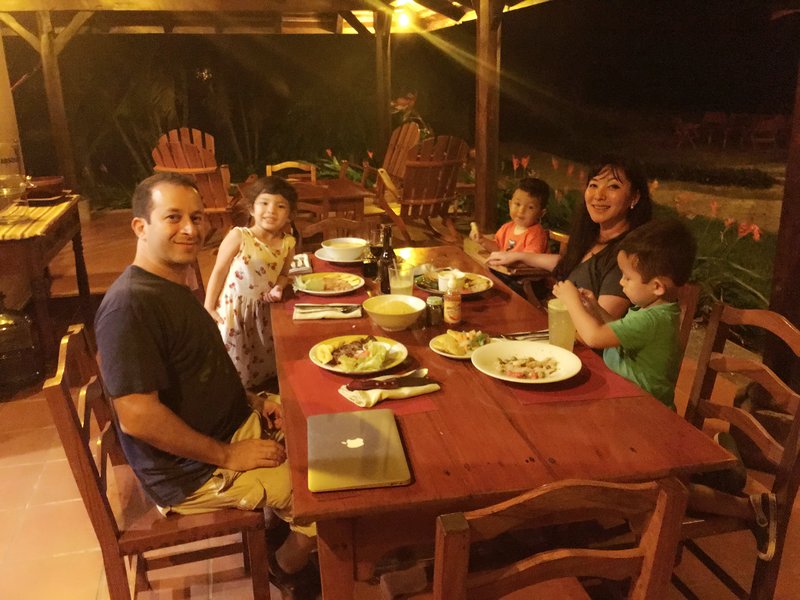 We spent the next morning at Charco Verde natural reserve, on the southern coast of the Concepción side of Ometepe. There was a butterfly conservatory which the kids loved. We captured some amazing sights including a mantis slowly biting the head off a butterfly and clutches of butterfly eggs on the undersurfaces of leaves. 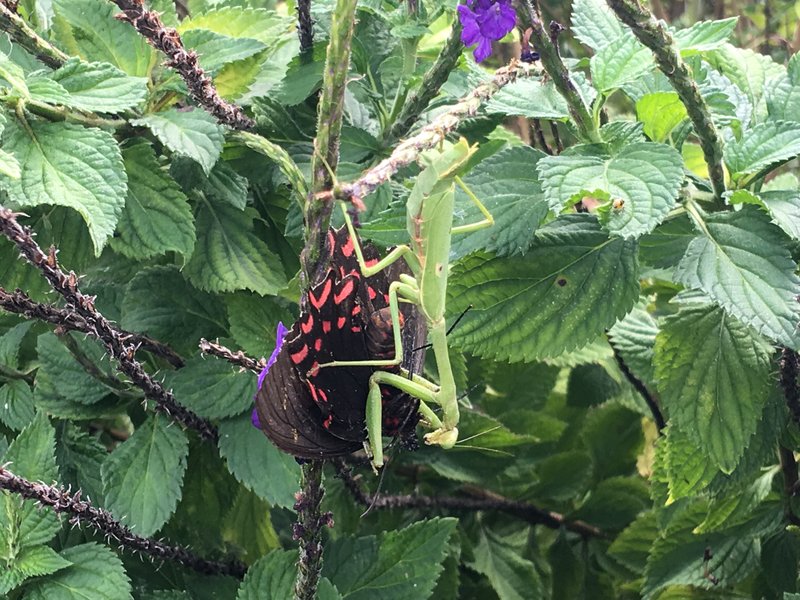 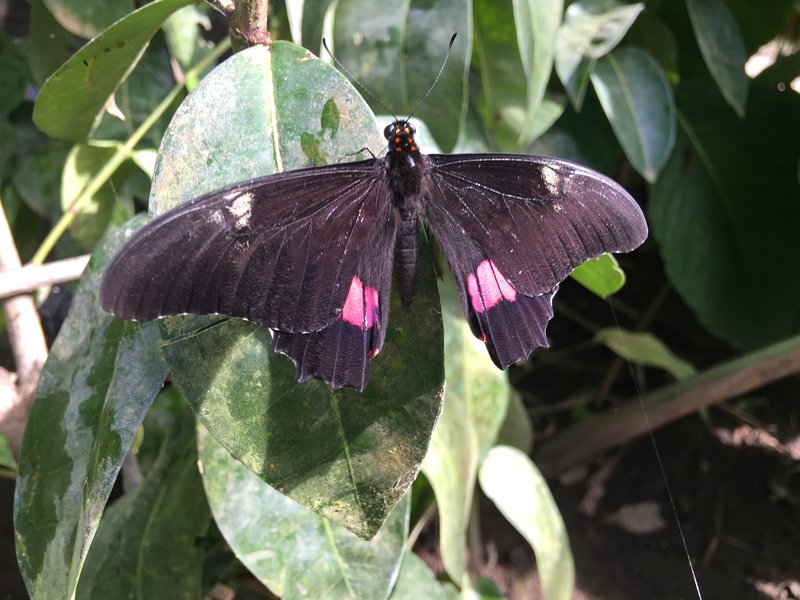 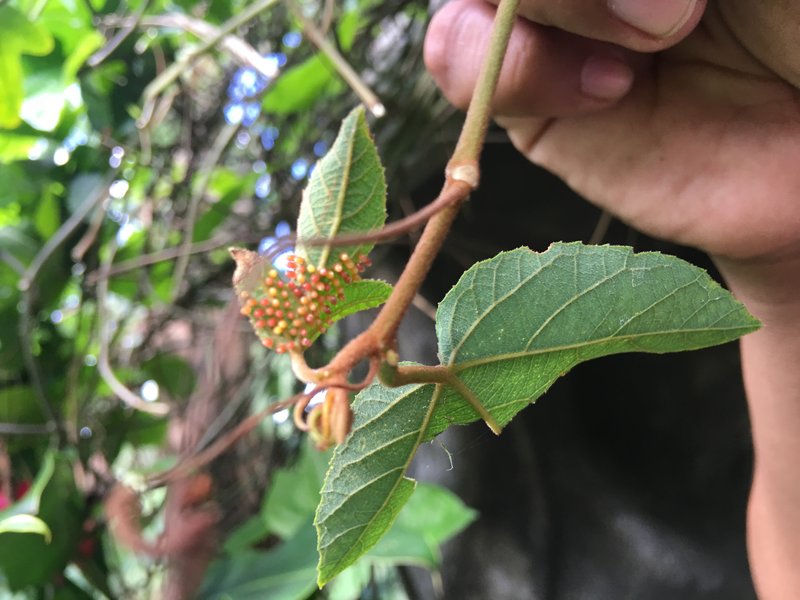 We walked an easy trail through the preserve, encountering numerous birds as well as a snake and a large troupe of spider monkeys. Within Charco Verde is a lagoon said to be inhabited by the spirit of a witch named Chico Largo, who is reputed to drown lost hunters at the bottom of the lagoon. Here's some more about Charco Verde and Chico Largo. 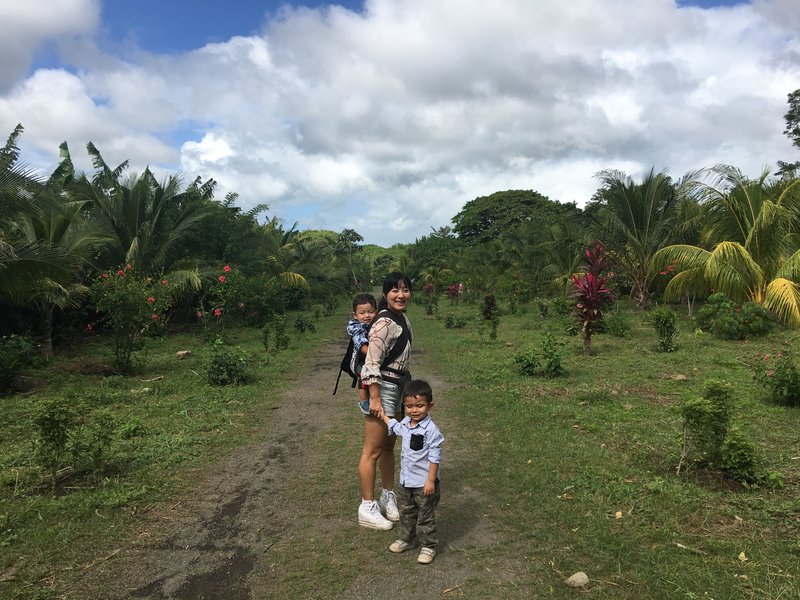 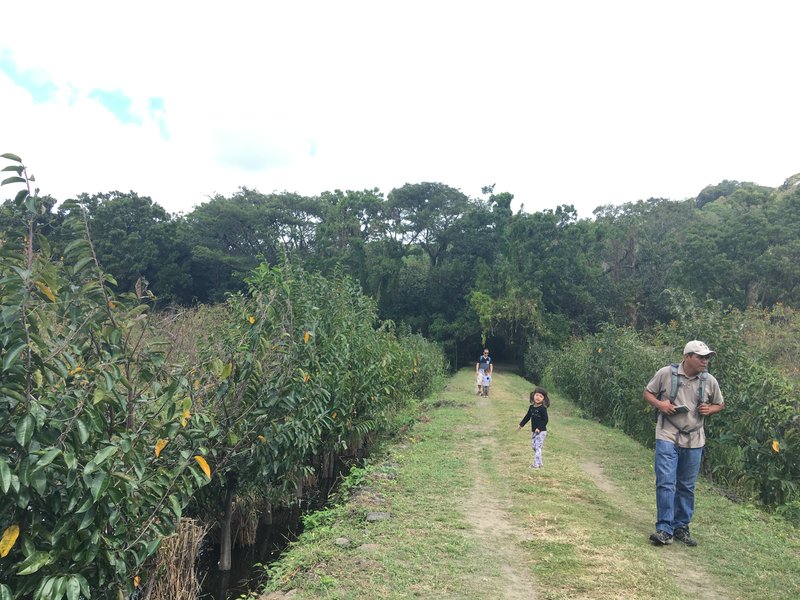 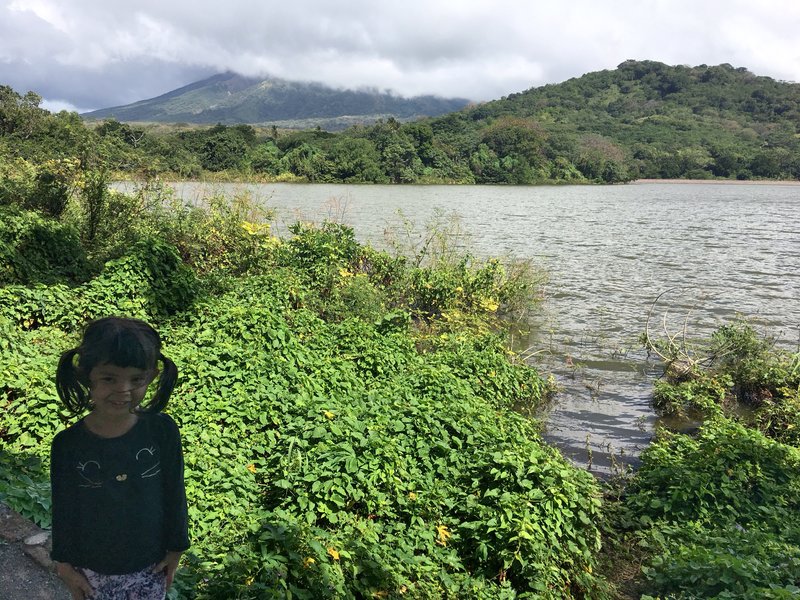 At another small botanical garden we discovered an achiote tree. The small pods were filled with greasy red seeds that Nicaraguans use for coloring and flavoring their food, but we found they also made excellent warpaint. 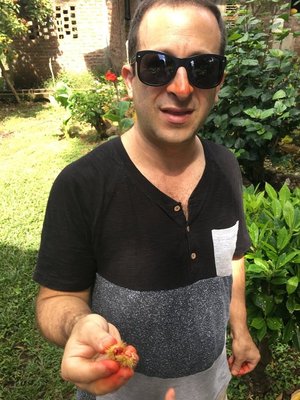 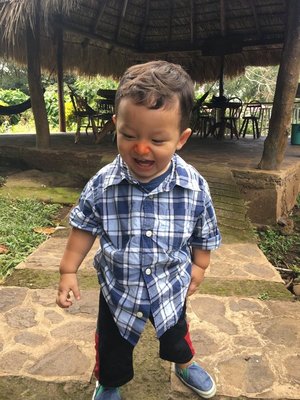 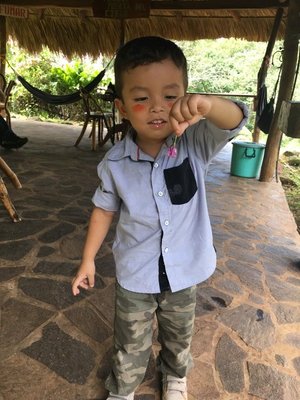 We had lunch overlooking the shoreline, and afterwards walked down to the narrow strip of beach for a view of the Maderas volcano. Our last stop of the day was the Ojo de Agua natural swimming hole, which was sufficiently crowded and commercialized to feel like any community swimming pool. 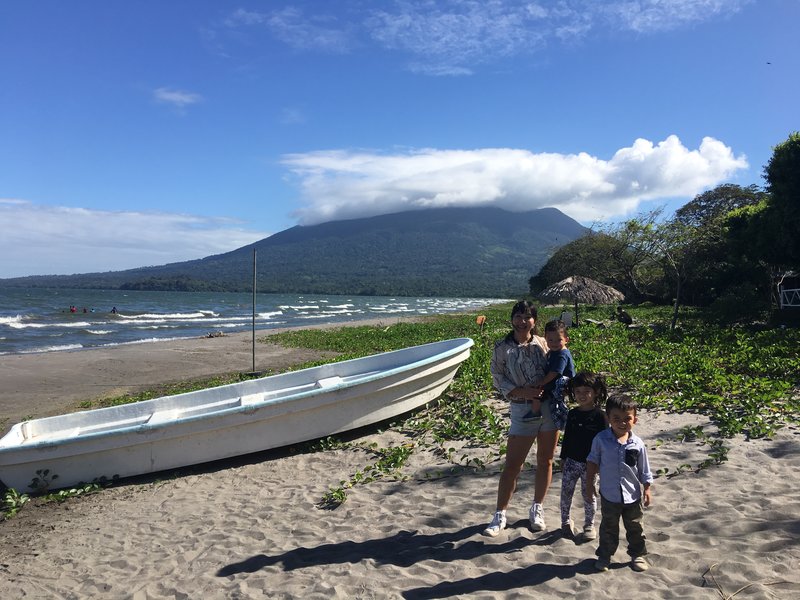 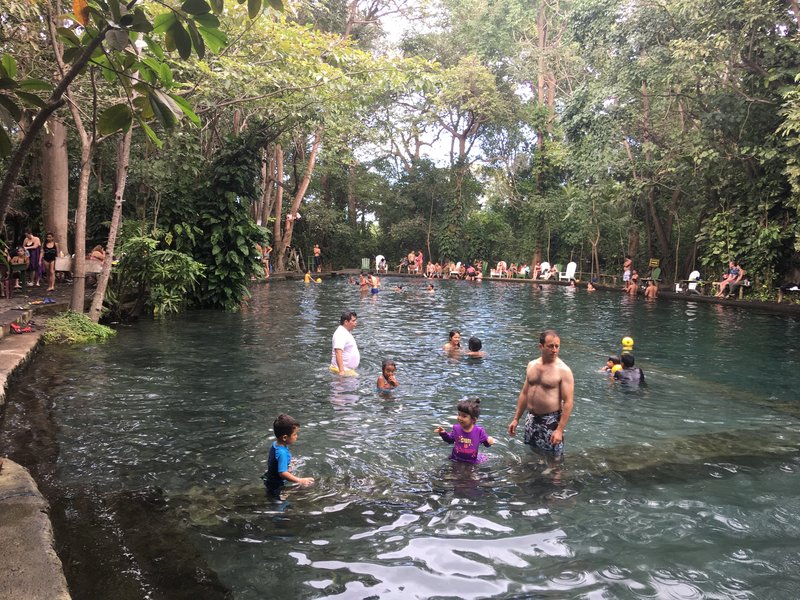 For the rest of the day and the next morning, we were stuck at our lodge as there weren't any good transportation options to the closest real town. Of course, it wasn't the worst place to be stuck. We worked on our computers and intermittently cleaned up the toys whenever the mess in the lodge started to reach critical mass. On Friday morning we took one last long walk around the property. At the edge of the plantain forest we encountered another large group of spider monkeys, or perhaps the same group we'd seen at Charco Verde. It was amazing to see such a large number of them roaming freely in their natural environment. 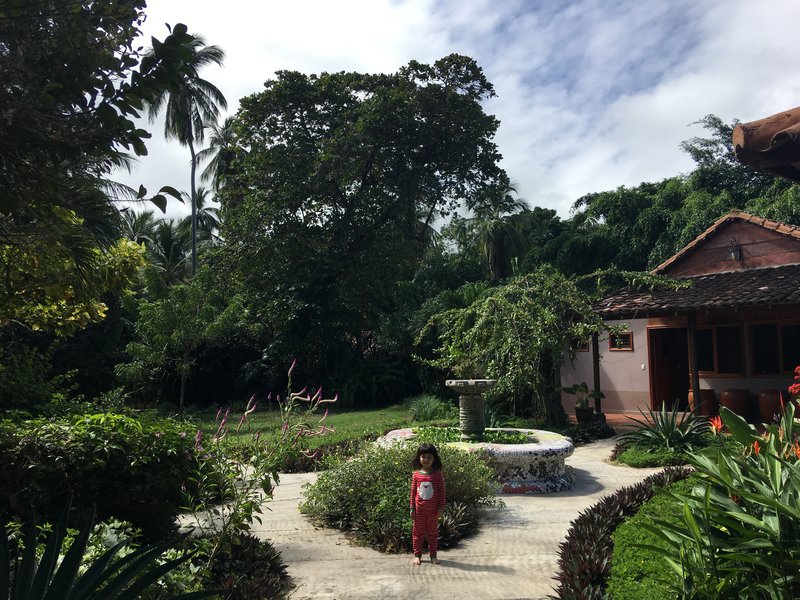 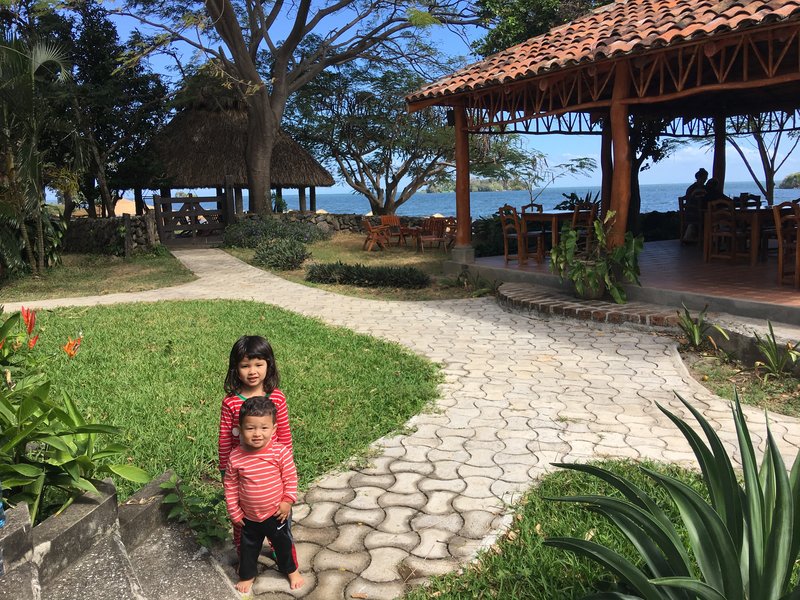 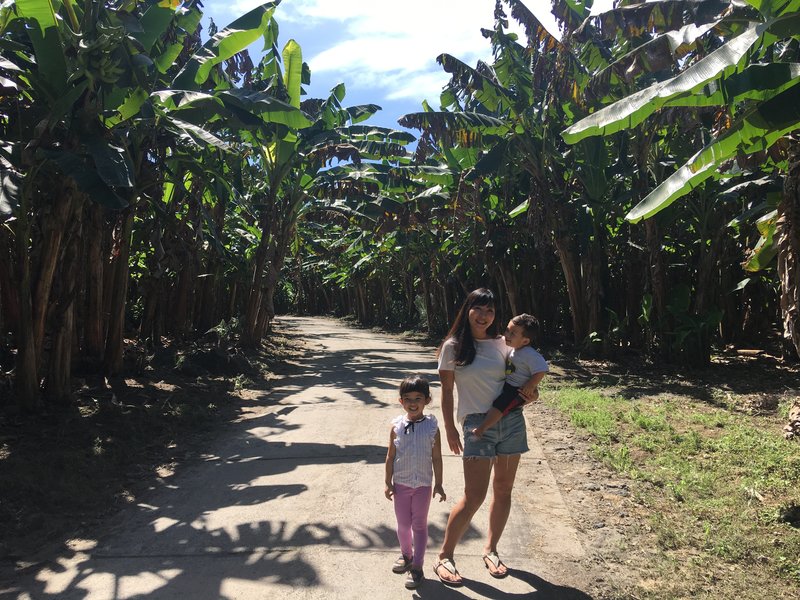 In the early afternoon our driver took us to San José del Sur to catch the ferry back to San Jorge. We had one last good look at Concepción from the ferry, a tableau in shades of green accompanied by that one cloud that always seemed to shroud the summit. On the way back, Cleo and Ian were happy to provide iPad demonstrations for a crowd of curious Nicaraguan kids who collected on the benches around us. 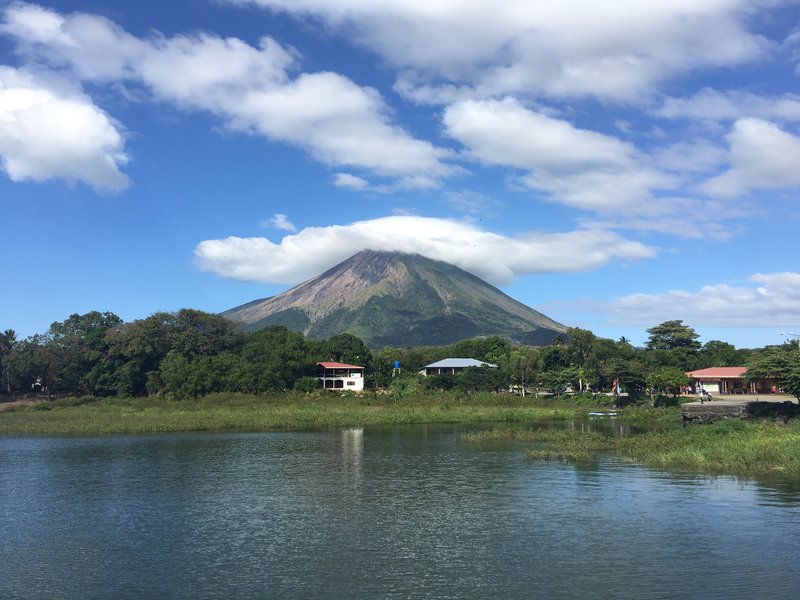 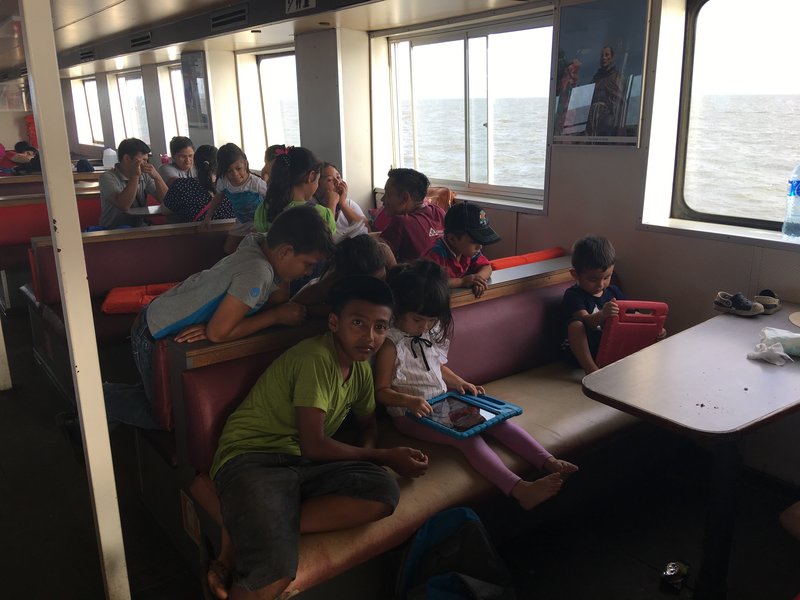 Posted by zzlangerhans 17:48 Archived in Nicaragua